Bowsfield won 37 games over seven seasons with Boston, Cleveland, the Angels and the Kansas City A’s. His top year was 1961 when he earned 11 wins for the Los Angeles Angels. Bowsfield started 86 of the 215 games he pitched in during his Major League career. Primarily a ground-ball specialist, he only struck out 326 hitters in 662 and 1/3 innings, finishing with a career earned run average of 4.04. 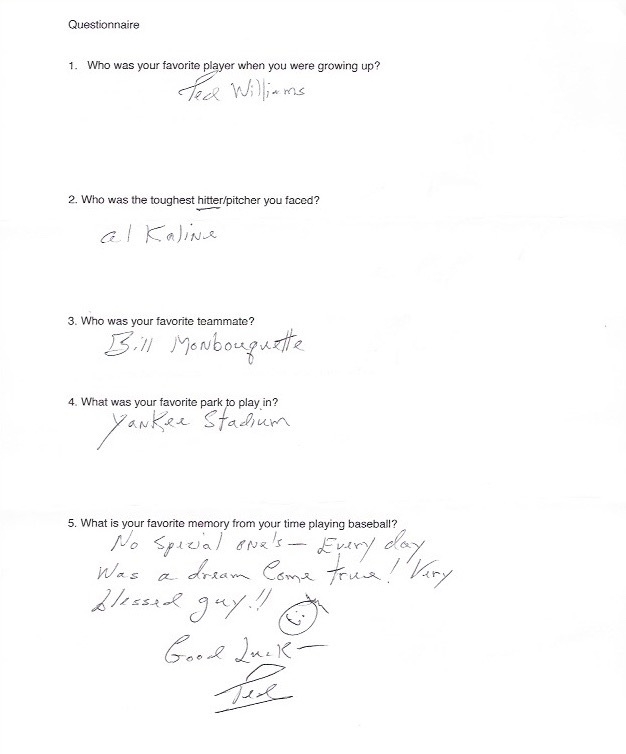