A native of Havana, Cuba, Bécquer arrived in the majors in 1955, playing 10 games for the Washington Senator. While he primarily played first base, Bécquer was not a prototypical power hitting first baseman by any means. In fact, he hit just 12 home runs over his entire seven-year career. He did manage 16 triples and 37 doubles so his bat had some pop and his legs plenty of speed. Bécquer crossed the 100 games played plateau three times, all with Washington. He finished his career with a short stint with the Los Angeles Angels and then the Minnesota Twins. 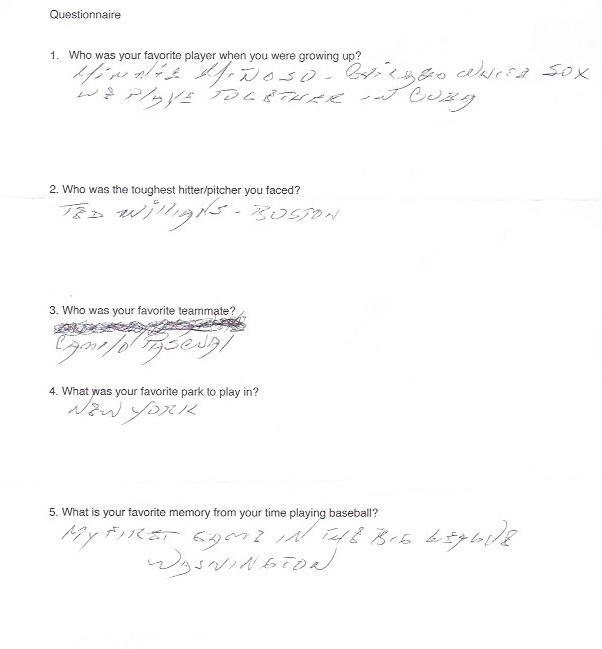