A two-time all star, McDaniel pitched for 21 years in the major leagues. His career began in 1955 when he joined the St. Louis Cardinals at the age of 19. It did not end until 1975 when he pitched in 40 games for the Kansas City Royals at the age of 39. In between, McDaniel won 141 games and lost 119 while compiling 174 saves. He led the National League in saves three times and in games finished once. His best season was 1960 when he went 12-4 with a 2.09 ERA. He saved 27 games that season for St. Louis, earning all-star honors. He finished third that year in Cy Young voting and fifth in the MVP vote. McDaniel pitched for five teams total. He holds the MLB record for batters faced in the eighth inning. 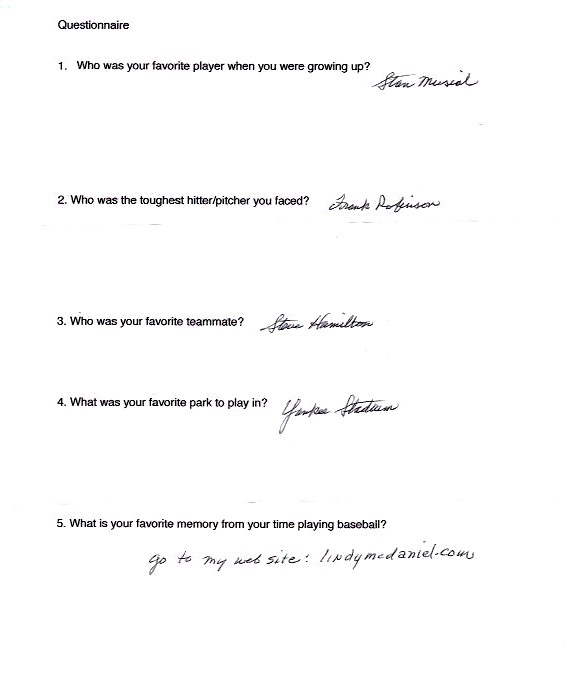 One thought on “Lindy McDaniel”