Castiglione spent parts of eight seasons in the major leagues, breaking in with the Pirates in 1947 and wrapping his career up with the Cardinals in 1954. A career .255 hitter, Castiglione hit his high-water mark for games played in 1951 when he appeared in 132 contests for Pittsburgh. He hit .261 that season with 62 runs scored and seven home runs. Both the runs scored and homers were career highs. Prior to his time in the big leagues, Castiglione spent three years in the U.S. Navy during World War II. He died in Pompano Beach, Florida in 2010. He was 89-years old. 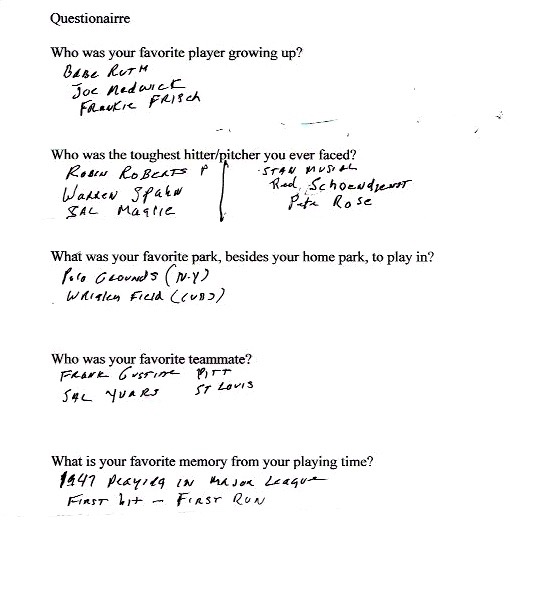