A two-time all star for the Cubs, a knee injury derailed Jackson’s promising career which lasted from 1950-1959. Jackson hit 19 home runs with a .285 average for Chicago in 1953 and then repeated the home run feat again in 1954. That year his average dipped to .273 but his 67 RBI and 77 runs scored were enough to get him a spot on the National League’s All-Star team. He made the squad again the following year when he belted 21 home runs to go along with his .265 average, 70 RBI and 73 runs scored. Jackson was traded to the Brooklyn Dodgers in 1956 and hit .274 in 101 games for Brooklyn that year, but he injured his knee the next season and was never the same. 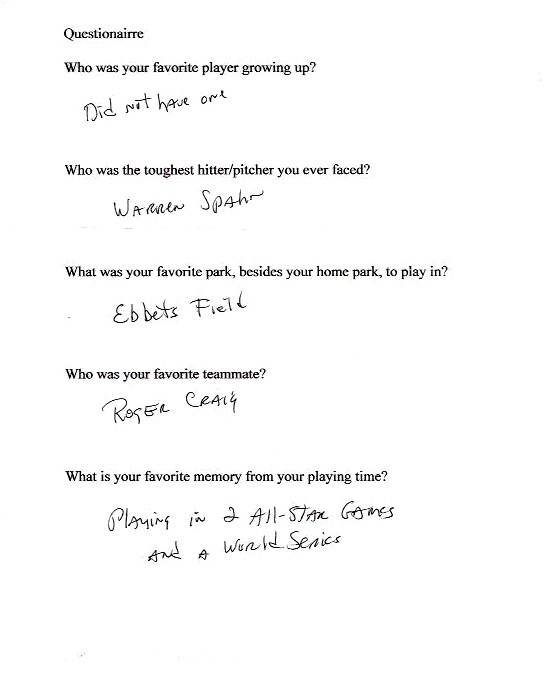 Jackson is another guy with two responses to the questionnaire. As you can see, not a whole lot changed. 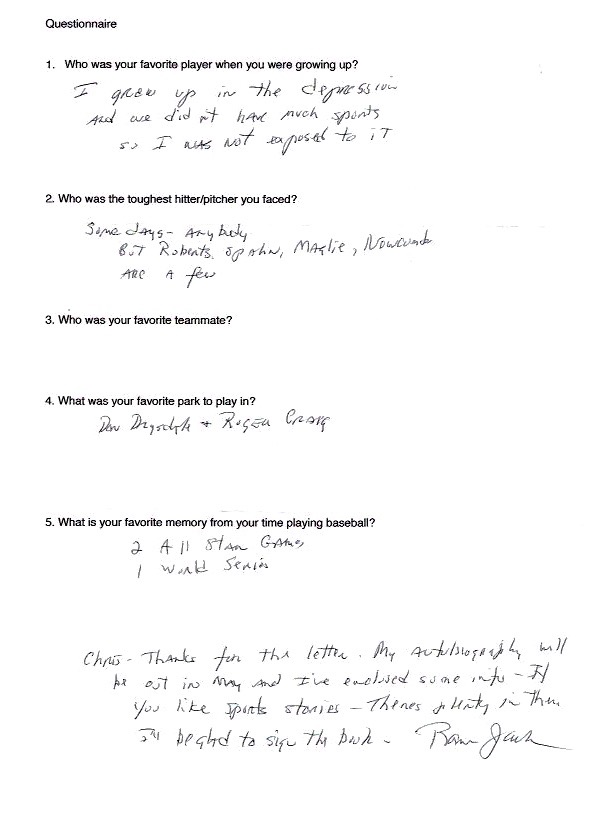 Jackson had three at bats for the Dodgers in the 1956 World Series. Brooklyn lost the series to the New York Yankees 4-3. He is also the answer to a trivia question as he is the last player to hit a home run for the Brooklyn Dodgers. The first man to hit a home run for the Los Angeles Dodgers was Dick Gray. I’m just throwing that in there. In case you want to impress your friends. His autobiography is available here.