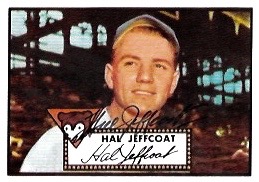 A rarity in the world of baseball, Jeffcoat was both a major league pitcher and position player during his 12 years in the big leagues. He came up with the Chicago Cubs in 1948 and was the team’s starting center fielder that year. He played 134 games for the Cubs, hitting .279 with 42 RBI and 53 runs scored. He remained a starting outfielder for Chicago until 1954 when his games played in the outfield dropped to just 56. That did not mean Jeffcoat was a part-time player, however. In addition to playing in the outfield, he also pitched in 43 games for Chicago that year. Jeffcoat’s best year as pitcher came in 1957 when he won 12 games for the Cincinnati Reds. He threw 207 innings that season and also played 53 games in the outfield for the Reds. 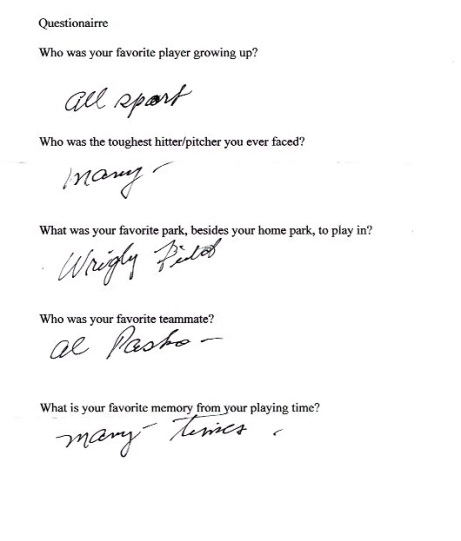 Honestly, Jeffcoat’s survey does not make a whole lot of sense, or offer much insight. His first and final answer in particular are confusing. That said, at least he sent it back! Jeffcoat died in Tampa, Florida on August 30, 2007.

One thought on “Hal Jeffcoat”