One of the top relief pitchers in baseball for much of the 1960’s, Miller spent 16 years pitching in the big leagues in a career that spanned from 1952-1968. Miller came up with the St. Louis Cardinals in 1952 and spent the next three seasons pitching for them. He returned to the minor leagues after struggling in 1955 but came back for good the following season. Miller also left St. Louis that year, eventually ending up with the San Francisco Giants where his career proceeded to take off. He led the National League in ERA (2.47) while throwing 182 innings for the Giants in 1958. His best season (so far) came in 1961 when he went 14-5 with a 2.66 ERA and a league-high 17 saves for San Francisco. He earned his lone trip to the All-Star Game that season and was 12th in MVP voting. Miller joined the Baltimore Orioles in 1963 and had another big season. He saved 27 games that year which was best in the league as where his 71 games pitched and 59 games finished. At the age of 37, Miller had one more big season in his arm as he went 14-7 in 1965 with a 1.89 ERA and 24 saves. The following season he saved 18 games for the World Champion Orioles. 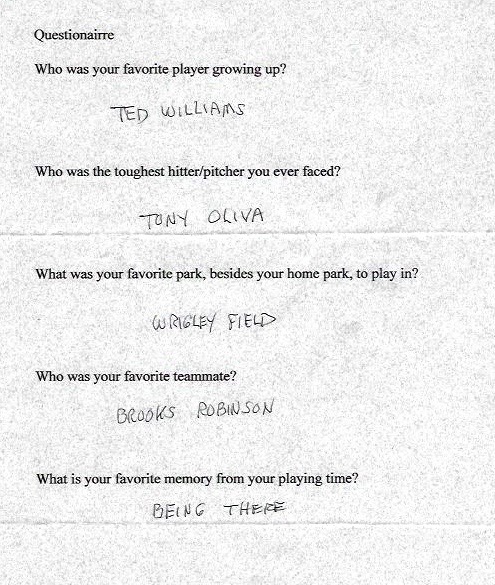 Miller won 105 games in his career along with saving 153 more. In 1967, while pitching for the Orioles, he combined with Steve Barber to no-hit the Detroit Tigers. Miller is also remembered as the man who committed a balk in the 1961 All-Star Game when he supposedly blown off the mound at Candlestick Park. He died in Cameron Park, California on January 4, 2015.