One of the better hitters of his era, Singleton hit .282 and bashed 246 home runs during his 15-year major league career. He came up with the Montreal Expos in 1970, but really started to find his groove when he joined the Baltimore Orioles in 1975. Singleton hit .328 with 24 home runs and 99 RBI in 1977, earning a trip to the All-Star Game and finishing third in the American League MVP vote. His best season may have come in 1979. He hit .295 that year with career highs in home runs (35) and RBI (111). He also scored 93 runs as he made hit second trip to the All-Star Game and finished second in the AL MVP vote. Singleton received MVP votes every year from 1977-1981. He made his third, and final, All-Star Team in 1981. 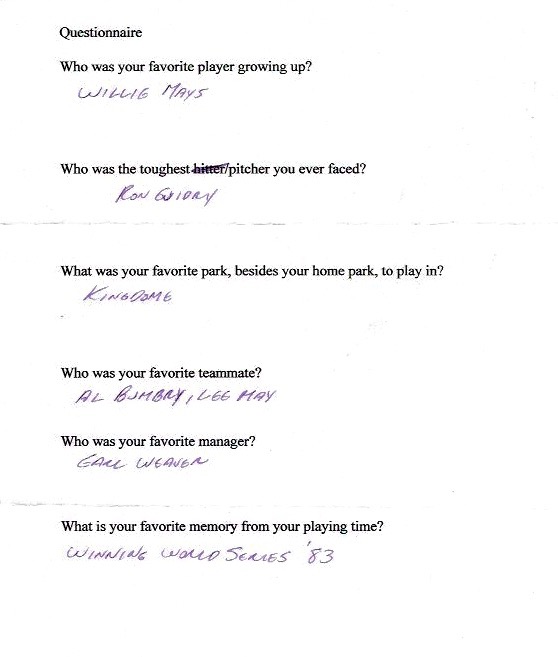 Singleton was a fantastic post-season hitter as well. He appeared in two American League Championship Series and two World Series with the Orioles, hitting .333 in 57 at bats. His average in the World Series was .345. However, he only had one  official at bat (two plate appearances) in the 1983 World Series because he was Baltimore’s designated hitter and the DH was not used that year. The Orioles won the series that year. They lost in 1979, which was Singleton’s only other appearance. Singleton currently works as a broadcaster for the New York Yankees.