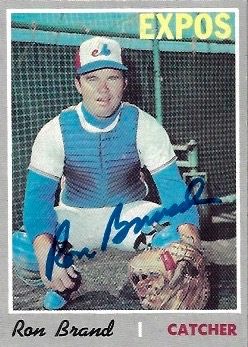 Brand was the starting catcher for the expansion Montreal Expos during their inaugural season. He played in 103 games that season, hitting .258. He played eight seasons in the majors, breaking in with the Pittsburgh Pirates in 1963 and finishing with the Expos in 1971. Brand was a career .239 hitter with three home runs. As he notes on his questionnaire, Brand was the Astros’ catcher in their first game at the Astrodome in 1965.

Brand’s survey is a perfect example of what we hope to get back. 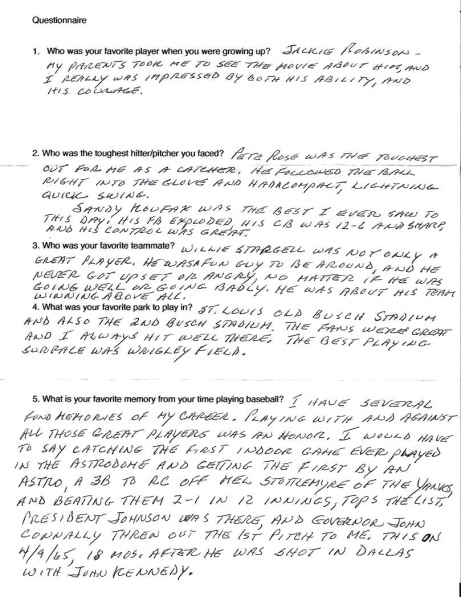