Almost exclusively a relief pitcher, Linzy was one of the top bullpen arms in the National League during much of the 1960’s. He came up with San Francisco and pitched eight games in 1963 before returning to the minors for 1964. He was back with the Giants in 1965 and this time he stuck. He saved 20 games that year for San Francisco, finishing 40 and posting a 1.43 ERA in 57 games. Linzy finished third that year in the Rookie of the Year vote, earning MVP consideration as well. He remained a stalwart in the Giants’ bullpen until 1970 when he was traded to St. Louis. He pitched for the Cardinals for two years before going to Milwaukee and then Philadelphia to conclude his career in 1974. 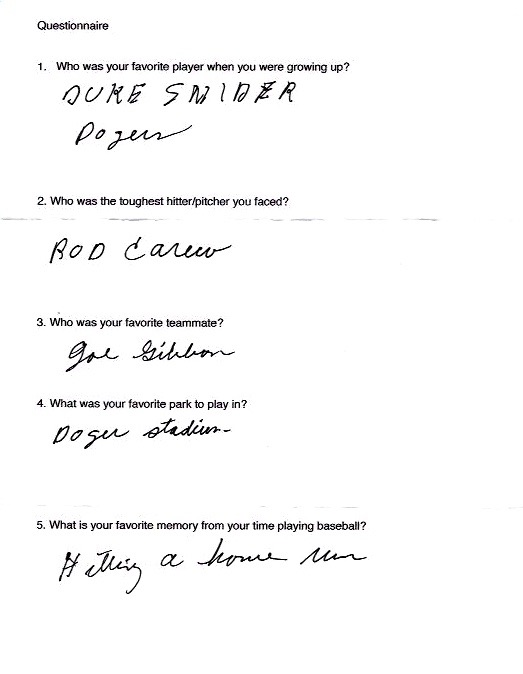 I thought it was interesting Linzy’s favorite memory was a home run. After doing some research, I found out he only hit one, so perhaps that is the reason. It came in his rookie season of 1965.

One thought on “Frank Linzy”