Better known as a coach and manager, Lachemann caught for three seasons in the majors, hitting .210 in 118 games. He appeared in 92 games during his rookie season of 1965, playing for the Kansas City A’s. He hit .227 that year with all nine of his career home runs. The next year he saw action in just seven games for Kansas City and he spent 1967 in the minor leagues. He played in 19 games in 1968 for the A’s who were now in Oakland. He returned to the minors that year and stayed there until 1972 when his playing career ended. 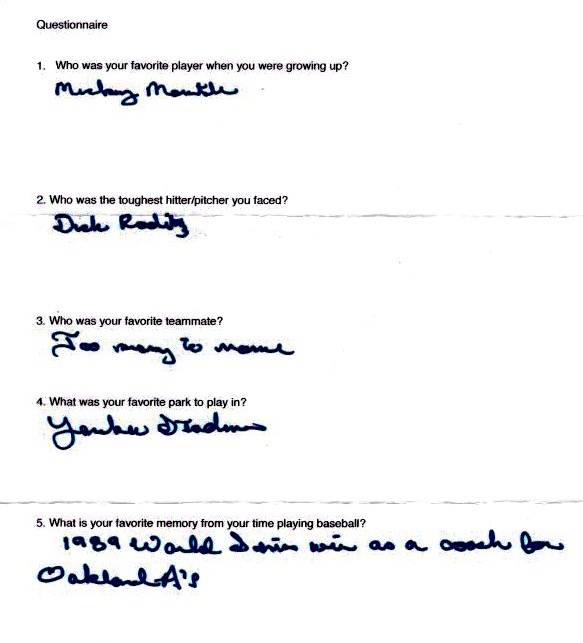 While his playing career was brief, Lachemann’s stay in professional baseball lasted a long time. He was the manager of the Seattle Mariners from 1981-1983 and skippered the Milwaukee Brewers in 1984. He coached for the Boston Red Sox and then the A’s, where he was part of their 1989 World Series winner (as he mentions on his survey). Lachemann was the Florida Marlins’ first manager, running the team from 1993-1996. He also coached for the St. Louis Cardinals, Chicago Cubs and Colorado Rockies.