Causey spent 11 years as a major league infielder, playing for five different teams from 1955-1968. Causey’s first-taste of major league action came as an 18-year old when he came up with the Baltimore Orioles. He hit .194 that season, but stayed with the Orioles for the next three years before finally going to the minor leagues in 1958. He returned to the majors with the Kansas City A’s in 1961 and hit .276 with eight home runs. This started a productive stretch for Causey as he received MVP votes in both 1963 and 1964 while playing for the A’s. His last season as a starter came with the Chicago White Sox in 1967 when he saw action in 127 games. However, he hit just .226 that year and the following season saw his average fall to .149. He made brief stops with the California Angels and Atlanta Braves before his big-league career ended. 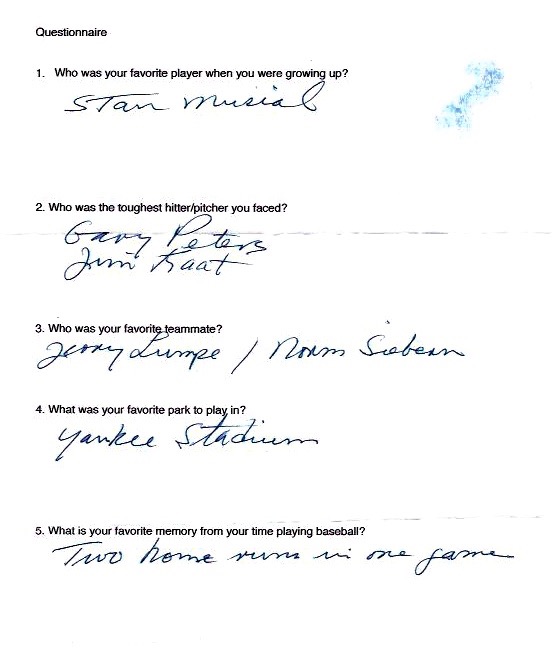 Causey never hit more than eight home runs in a season, so I am guessing two in one game was certainly a big deal for him.