Sporting News’ Rookie Pitcher of the Year in 1974, D’Acquisto pitched for 10 seasons in the big leagues, mostly for the San Francisco Giants and San Diego Padres. He had his best season as a rookie for the Giants in what was his second year in the big leagues. He came up in 1973 and appeared in seven games for San Francisco. The next year he made 36 starts for the Giants, compiling a 12-14 record to go with a 3.77 ERA and 167 strikeouts in 215 innings. He had elbow surgery the following season and his ERA ballooned to 10.29. The Giants dealt him to the St. Louis Cardinals in 1977, starting a baseball odyssey that saw him make stops with the Padres, Montreal Expos, California Angels and Oakland A’s. He also pitched for the Chicago White Sox in 1983 in the minor leagues, which was his last season in pro baseball. 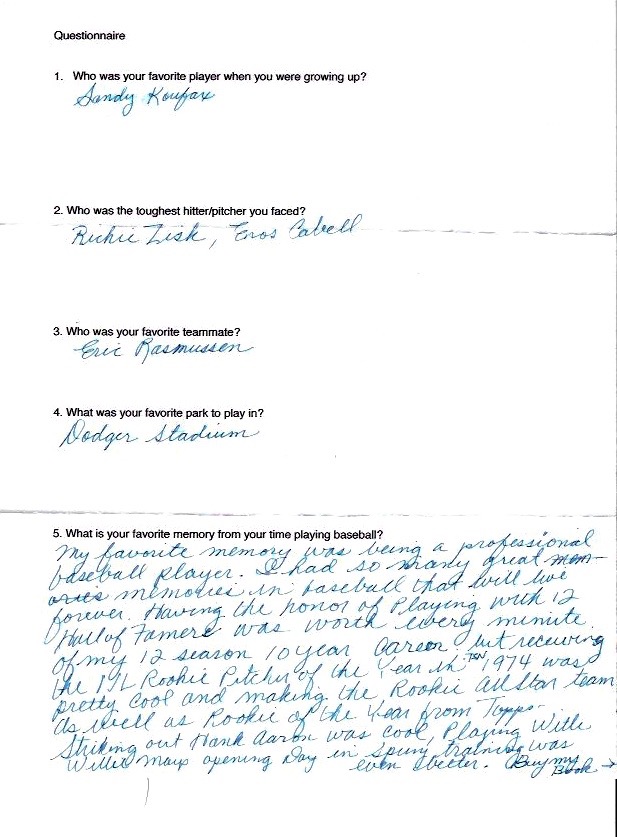 D’Acquisto has written a book about his time playing baseball titled Fastball John. It is available here.

One thought on “John D’Acquisto”