An all star in 1980, Gura won 126 games during 16 years spent pitching in the majors. He twice won 18 games for the Kansas City Royals. The first time coming in 1980 when he went 18-10 with a 2.95 ERA. He finished sixth in the Cy Young vote that year. He tallied 18 wins again in 1982 when he finished 18-12 with a 4.03 ERA. Gura came up with the Chicago Cubs in 1970 but was used sparingly over the next four seasons. He joined the New York Yankees in 1974 and made 20 starts for them in 1975. The Yankees dealt him to Kansas City in 1976 and he found his place with the Royals. Over the next nine seasons Gura would post double-digit wins seven times for Kansas City. He earned Cy Young votes during three of those years and even was in the MVP conversation in 1978. He concluded his career with five games for the Cubs in 1985. 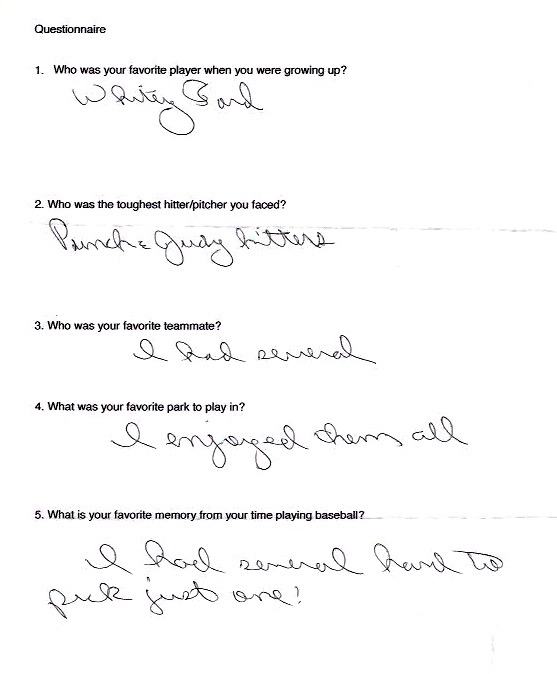 So, not a lot here, but that’s the way it goes sometimes.

Gura pitched in the 1980 World Series against the Philadelphia Phillies. He made two starts posting a 2.19 ERA in 12.1 innings. He did not factor into any decisions. Gura is a member of the Kansas City Royals’ Hall of Fame. Prior to pitching in the big leagues, he won an NCAA National Championship while playing for Arizona State.

Side note – Gura is pictured with the Texas Rangers on the card. As you may have noticed, he never actually pitched for the Rangers. Chicago traded him to the Rangers in 1974, but Texas then traded him to the Yankees before he ever made an appearance for their big-league club.