The starting shortstop for the 1979 American League Champion Baltimore Orioles, Garcia spent 10 years playing in the major leagues, hitting .239 with 12 career home runs for three different teams. Mainly a reserve, Garcia came up with the Orioles in 1976 and was the team’s starting shortstop for their run to the 1979 World Series. He hit .247 that year in 126 games. He played in 111 more in 1980 after which Baltimore dealt him to the Houston Astros. He spent two seasons as a backup for the Astros before playing the final three years of his career with the Philadelphia Phillies. 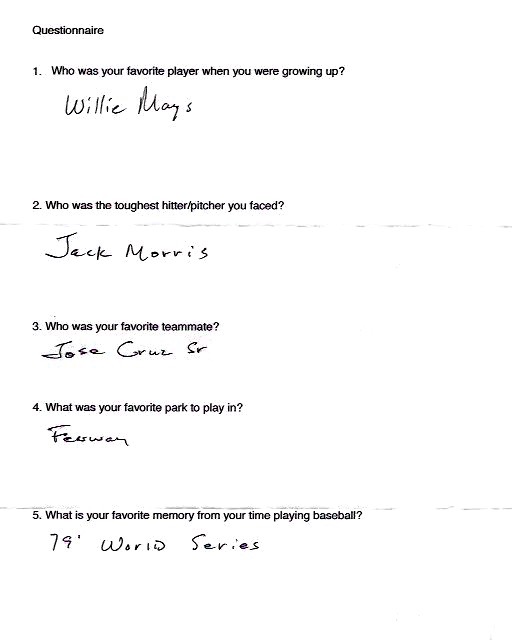 Despite his relatively low career batting average, Garcia was a force at the plate for Baltimore in the Fall Classic against the Pittsburgh Pirates. He hit .400 in 21 at bats with six RBIs and four runs scored. In fact, he was the leading hitter amongst Orioles’ regulars in the series.