Garman went 22-27 with 42 saves over the course of nine seasons in the majors. He broke in with the Boston Red Sox in 1969, making two starts and winning one of them. After spending 1970 in the minors, Garman was used sparingly by the Red Sox from 1971-1973. He found a full-time job with the St. Louis Cardinals in 1974 and had arguably his best season. He finished the year 7-2 with six saves and a 2.64 ERA in 64 games. Garman was effective for the Cardinals in 1975 as well, saving 10 games and posting a 2.39 ERA in a career-high 66 games. St. Louis dealt him to the Chicago Cubs following the season and that is where he spent 1976. His stay at Wrigley only lasted a year, however, as the Cubs traded him to the Los Angeles Dodgers prior to the 1977 season. He saved 12 games for the Dodgers that year. They eventually traded him to the Montreal Expos which is where he concluded his big-league career in 1979. 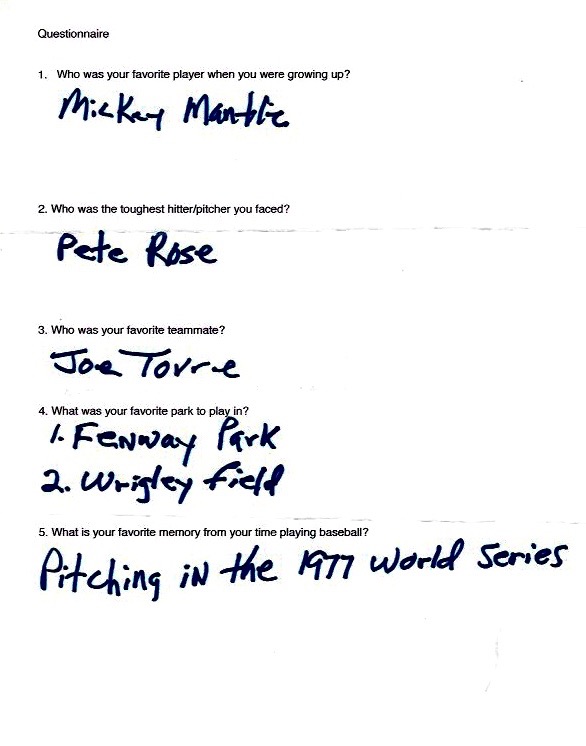 One thought on “Mike Garman”