Howe played 11 seasons in the big leagues, coming up with the Pittsburgh Pirates in 1974 and finishing with the St. Louis Cardinals in 1985. In between he spent seven seasons playing in the infield for the Houston Astros and it is there that he enjoyed the best years of his career. In his first year as a starter, 1977, he played in 125 games for Houston, splitting time between second, third and shortstop while hitting .264. He remained a mainstay in the Astros’ lineup through 1982. His best year at the plate came in 1981 when he hit .296 and finished 18th in the National League MVP vote. For his career Howe hit .260 with 43 home runs. 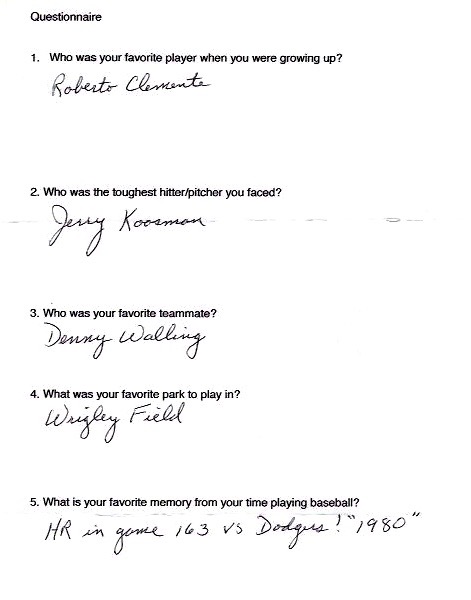 The Astros and the Dodgers finished the 1980 season tied for first place in the NL West and played a game on October 6 to determine who would advance to face the Philadelphia Phillies in the NLCS. Howe backed Houston starter Joe Niekro with a two-run home run in the third inning as the Astros cruised to a 7-1 win. Howe had three hits in the game and drove in four runs.

Following his playing career, Howe was the manager of the Astros, Oakland A’s and New York Mets. He led the A’s to the playoffs in 2000, 2001 and 2002. He was also a coach for the Texas Rangers and Colorado Rockies.

One thought on “Art Howe”