Crimian went 5-9 with a 6.36 ERA during 74 major league games. He broke in with the St. Louis Browns in 1951, pitching in 11 games and getting his first big-league win. He pitched in five more games for the Browns in 1952 but was back in the minors for the next three seasons. Crimian returned to the majors in 1956 and spent the entire year pitching for the Kansas City A’s. He appeared in 54 games, making his seven career starts, and going 4-8 with three saves and a 5.51 ERA. Crimian concluded his career with four games for the Detroit Tigers the following season. 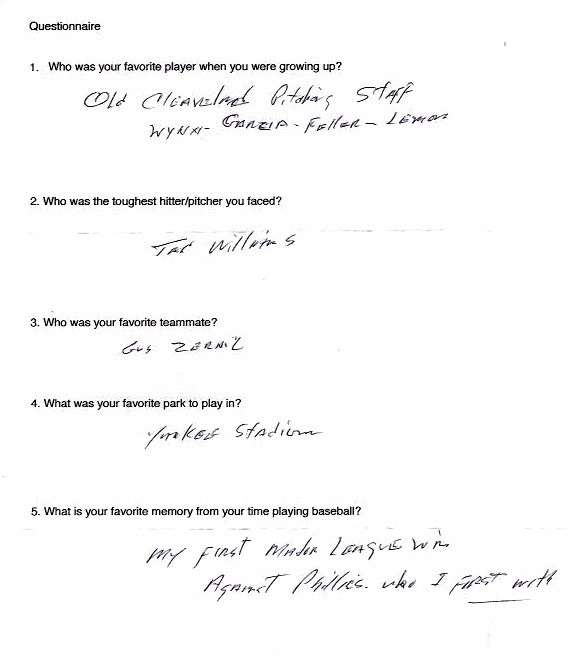 On Sunday, July 15, 1951, Crimian pitched 3 and 2/3 innings of relief against the Philadelphia Phillies in the first game of a double header to get his first career victory.

Crimian notes Gus Zernial as his favorite teammate. We featured him on May 2.

Crimian is one of the 100 oldest living players. He was number 37 on the list when this was published.