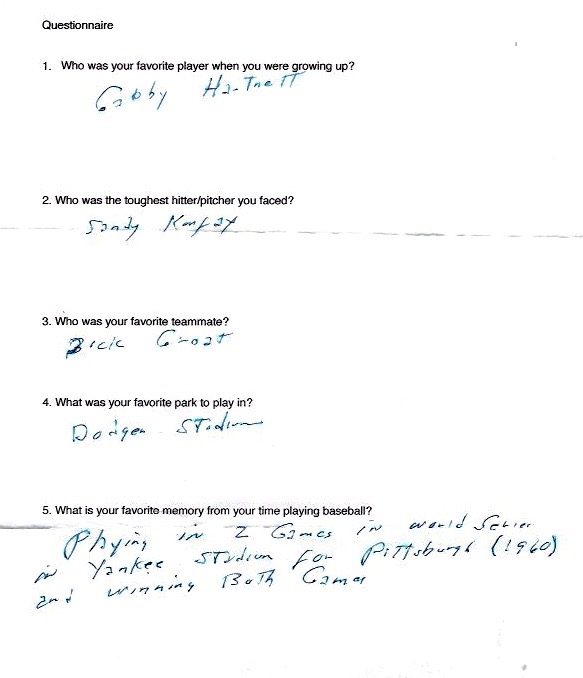 As he notes, Oldis was a member of the Pittsburgh Pirates’ World Series winning team in 1960. He played as a defensive replacement in games four and five, both Pirates victories. He did not have any at bats.

Following his playing career, Oldis served as a coach and a scout.

His lone career home run came on August 9, 1962 off Pete Richert of the Los Angeles Dodgers.