Bokelmann pitched in 34 games for the St. Louis Cardinals from 1951-1953. He pitched in 20 games his rookie season and had some success, putting together a 3-3 record with 3 saves in 20 games. He made his lone career start that season and had an ERA of 3.78. However, his ERA ballooned to 9.24 in 1952 and he only lasted 11 games in the big leagues. He returned for three more games in 1953 which would end up being his final games in the majors. Bokelmann spent 1954 pitching in the minors. He retired following that season. 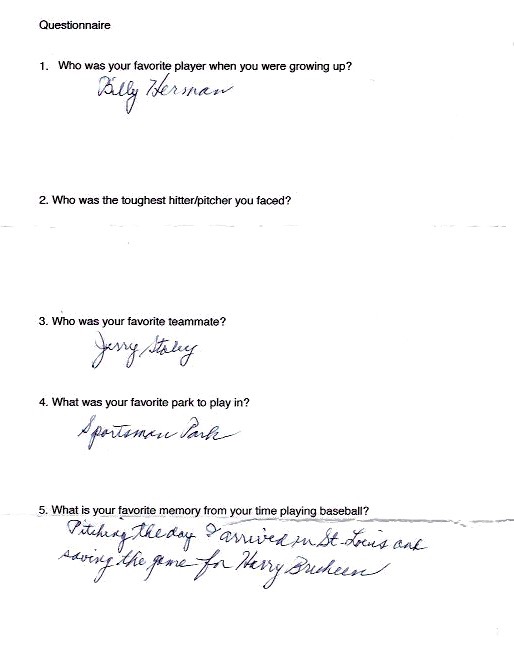 Bokelmann is one of the 100-oldest-living ballplayers. His first appearance came on August 3, 1951 at Sportsman’s Park against the New York Giants. He pitched the final 1.2 innings to earn the save for Brecheen.