Schramka played in two games for the Chicago Cubs in 1953. He did not get an at bat but spent two innings playing in the outfield as a defensive replacement. Schramka’s minor-league career lasted from 1949-1954. However, he did not play during the 1951-1952 seasons as he was in the United States Army during the Korean War. In his best minor-league season Schramka hit 20 home runs for the Cubs’ A team in Des Moines in 1950. 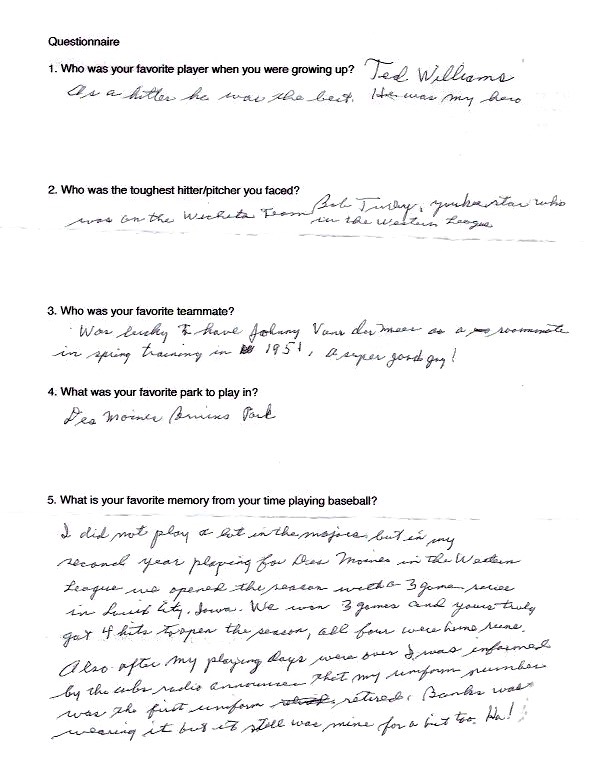 As he notes, Schramka wore No. 14 for the Cubs before Ernie Banks. He is a member of the University of San Francisco’s sports Hall of Fame. He is currently one of the 100-oldest-living players.