A two-time all star, Chalk spent nine years playing in the majors. He came up with the California Angels in 1973 and was an all star the very next year. Splitting time between third base and shortstop, Chalk hit .252 with five home runs and 10 stolen bases in 1974. He became California’s full-time third baseman in 1975 and returned to the All-Star Game again. He remained with the Halos until 1979 when he was traded, first to the Texas Rangers and then to the Oakland A’s. Chalk joined the Kansas City Royals in 1980 and spent the final two years of his playing career there. In 903 games, Chalk hit .252 with 15 home runs. 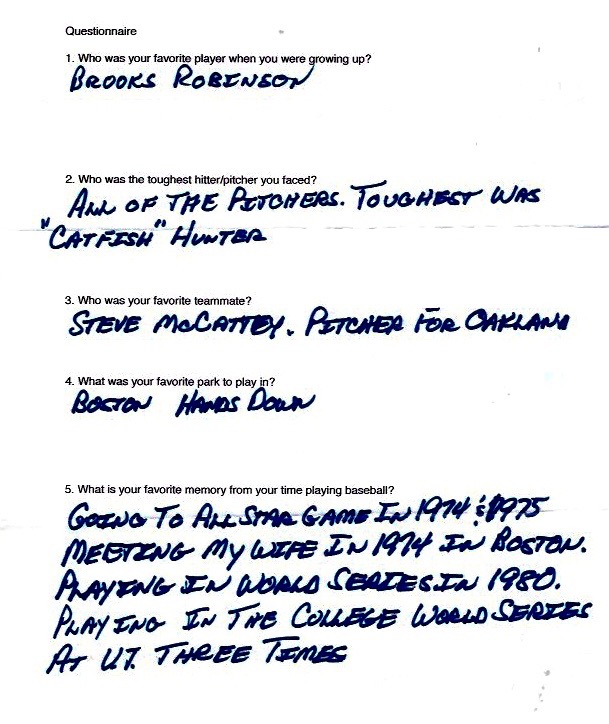 Chalk appeared in one game for the Royals in the 1980 World Series. In the second game of the series, he replaced George Brett, drew a walk, stole a base and scored a run. Chalk was a first-team All-American while playing for the University of Texas in the early 1970’s. He was a four-time All-Southwest Conference selection and, as he mentions, helped the Longhorns to the College World Series three times.