Humphrey caught for three teams from 1971-1979, posting a .211 career average with six home runs. Primarily a backup, Humphrey did appear in 123 games for the California Angels in 1977. He hit .227 that year with two home runs and a career-high 34 RBIs. In addition to the Angels, Humphrey also played for the Montreal Expos and Detroit Tigers. 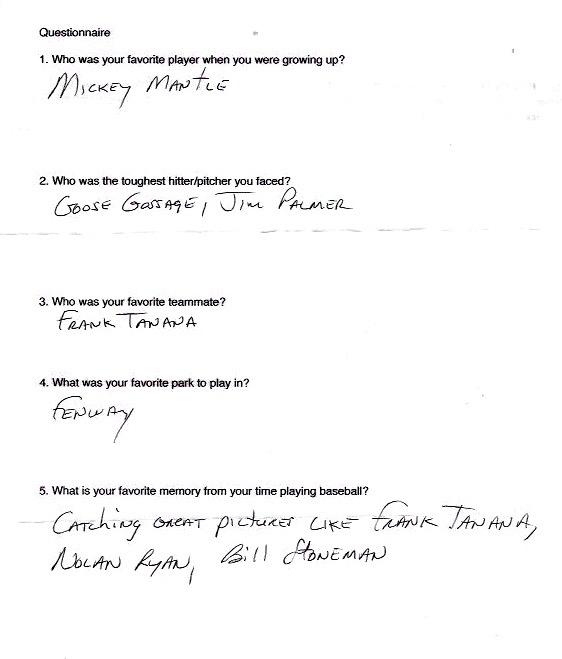 We featured Humphrey’s favorite teammate, Frank Tanana, back in June.