Perhaps best known for catching Hank Aaron’s 715th home run, House pitched for eight seasons in the majors, going 29-23 with 33 saves. He came up with the Atlanta Braves in 1971, bouncing back and forth between the majors and minors for the next couple seasons. By 1973 he was an important member of the Braves’ bullpen, appearing in 52 games. He had the best season of his career in 1974, going 6-2 with 11 saves and a 1.92 ERA. Atlanta dealt him to Boston in 1976 and he remained with the Red Sox until they traded him to the Seattle Mariners in 1977. He pitched for Seattle in 1978 which was his last season in the big leagues. 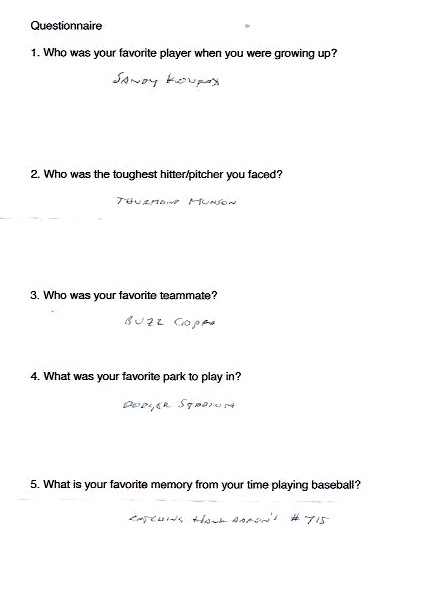 On April 8, 1974 House was in the Braves’ bullpen when Aaron went deep off Los Angeles Dodger Al Downing to break Babe Ruth’s all-time career home run mark. House caught the ball on the fly and then took it to Aaron.