The National League Rookie of the Year in 1966, Helms spent 14 years in the big leagues, playing for four teams from 1964-1977. He played in just 23 games in 1964 and 1965, but became the Cincinnati Reds starting third baseman in 1966. He hit .284 that season with nine home runs and 72 runs scored, earning top rookie honors in the process. Helms was an all star the next two seasons and finished 25th in the MVP vote in 1968. He won Gold Gloves in 1970 and 1971 which would be the last years he played for Cincinnati. He was dealt to the Houston Astros that offseason in a trade that brought Joe Morgan to the Reds. Helms started at second base for Houston for the next three years, putting up solid numbers at the plate. The Astros eventually traded him to the Pittsburgh Pirates where he stayed for almost two years. He finished his career by playing 21 games with the Boston Red Sox. For his career, Helms hit .269 with 34 home runs. 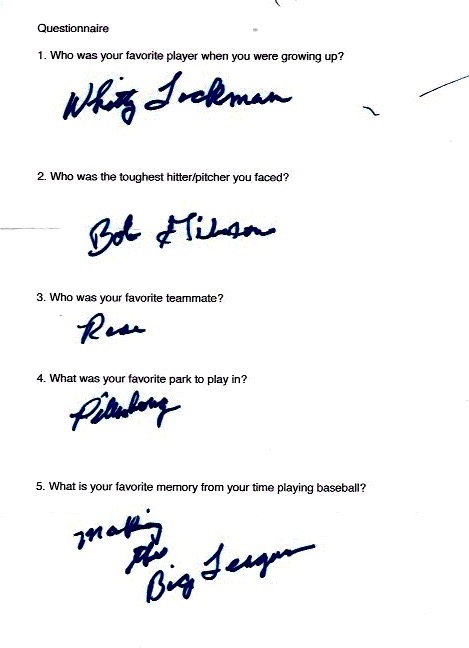 I actually had to look up Whitey Lockman as I had never heard of him. It was definitely a first for the ‘favorite player’ question. Lockman was on base for the New York Giants when Bobby Thomson hit the ‘shot heard ’round the world’ against the Dodgers to win the 1951 pennant.

Helms played in the 1970 World Series with the Reds. He started all five games as Cincinnati lost to the Baltimore Orioles.

Helms is a member of the Reds’ Hall of Fame. 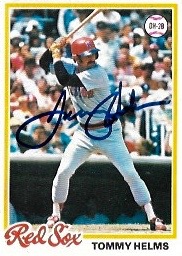