Hilton spent parts of four seasons playing for the San Diego Padres. He appeared in 13 games for San Diego in 1972, then played in 144 games over the next two years. His best season came in 1974 when he hit .240 in 234 at bats. Hilton saw action in four games in 1975 which would conclude his time in the big leagues. For his career Hilton hit .213 with six home runs. His professional baseball career stretched from 1971-1982. In addition to time spent in the minors, Hilton also played in Japan and Mexico.

Hilton passed away before our letter reached him. His wife was kind enough to answer the questions for him. 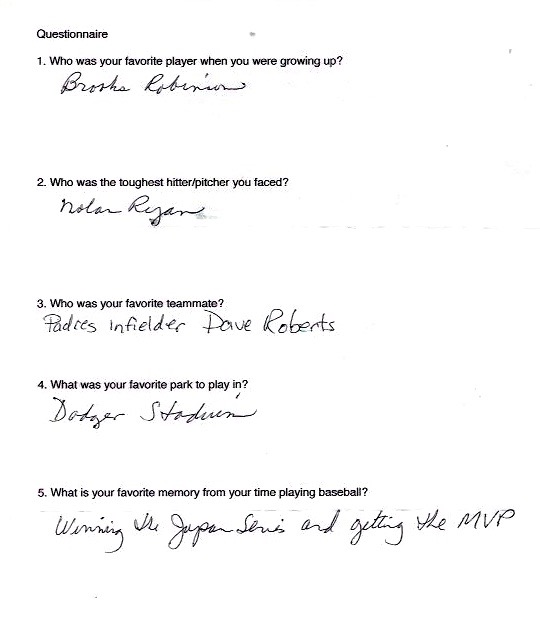 Hilton hit .317 with 19 home runs for the Yakult Swallows in 1978. That team defeated the Hankyu Braves in the Japan Series.