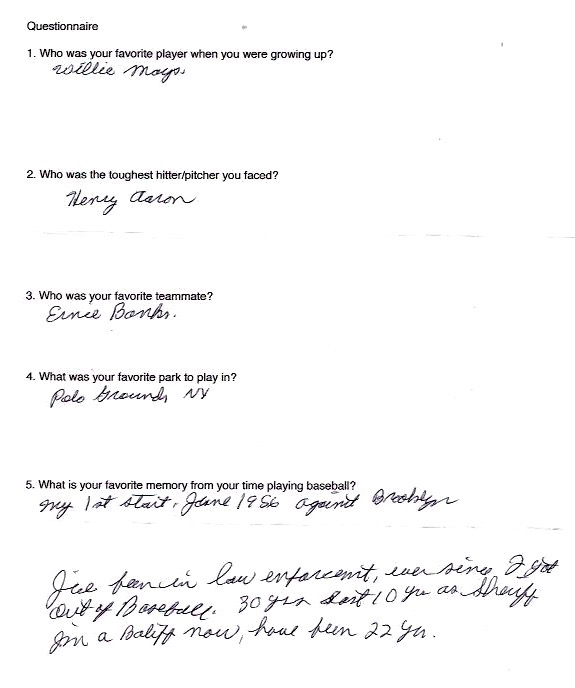 On June 2, 1956 Kaiser made the first start of his career. He pitched a two-hitter against the Brooklyn Dodgers at Wrigley Field, leading the Cubs to an 8-1 win. Carl Erskine took the loss for Brooklyn. Erskine was one of the very first players who ever wrote us back. We posted his letter in 2017.