A Chicago White Sox bonus baby, Derrington pitched in 21 games for Chicago during the 1956-1957 seasons. He went 0-2 with a 5.23 ERA before being sent to the minors. He was 16-years old when he joined the White Sox in 1956. He appeared in just one game that year, pitching six innings in a start and giving up five runs. He pitched in 20 games the next year for Chicago before the team was finally able to send him down. His big-league career ended when he was 17. He hung around in the minors until 1961 when he was retired at the age of 21. 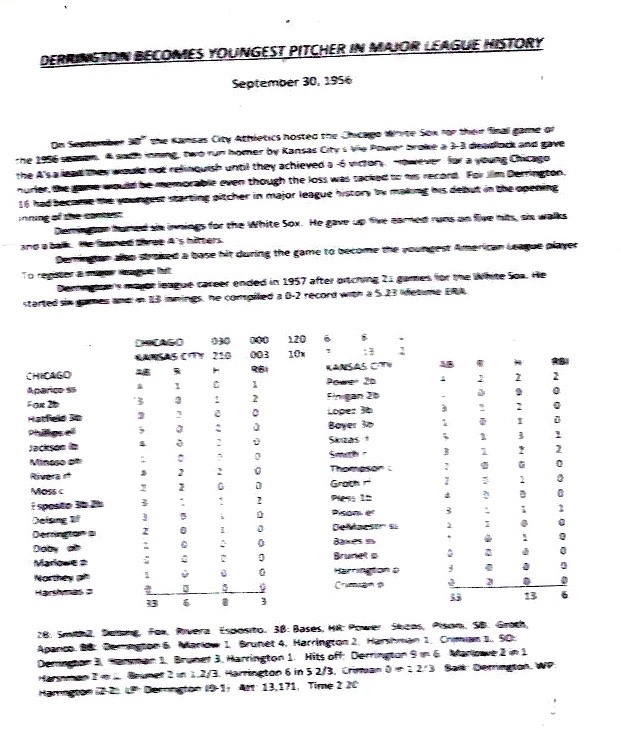 The headline is obviously wrong. Derrington was 16 years, 10 months old when he took the ball against the Kansas City A’s. Scheib was 16 years, 8 months old when he faced the New York Yankees in 1943. Nuxhall was just 15 years, 10 months when he took on the St. Louis Cardinals in 1944. Derrington’s start against the A’s actually went pretty well considering his age, giving up five runs in six innings.