An all star in 1978, Howell spent 11 years playing third base in the majors for the Texas Rangers, Toronto Blue Jays and Milwaukee Brewers. In 1,112 games Howell hit .261 with 80 home runs. He came up with Texas in 1974 and was the Rangers’ starting third baseman the following year, when he hit .251 with 10 home runs. Texas sent him to the Blue Jays in 1977 and he responded by hitting .270 in 1978 and earning a trip to the Mid-Summer Classic. Howell set career highs in home runs (15) and RBIs (72) the next year for Toronto. He joined the Brewers as a free agent prior to the 1980 season and spent the final four years of his career playing for Milwaukee. 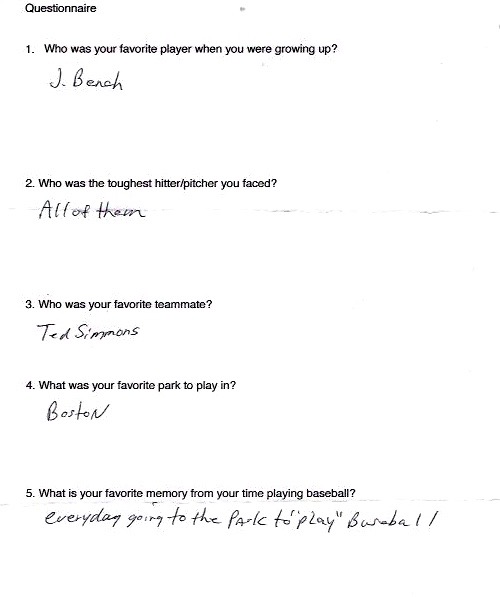 Howell played in the 1982 World Series as a member of the Brewers against the St. Louis Cardinals. He appeared in four games, going hitless with a run scored in 11 at bats. Milwaukee lost the series in seven games.