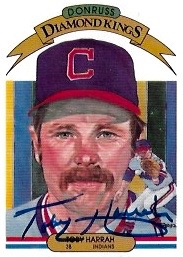 A four-time all star, Harrah played in the majors for 17 years, breaking in with the Washington Senators in 1969 and finishing with the Texas Rangers in 1986. He hit .264 in his career with 195 home runs and 238 stolen bases. He was selected to his first all-star team in 1972 when he hit .259 for the Rangers during the team’s first season in Texas. It took him a few years, but by 1974 Harrah finally found his power stroke. He hit 21 home runs that year, then blasted 20 more to go along with a .293 batting average and a career-high 93 RBIs in 1975. He made his second all-star team that season and finished 15th in the American League MVP vote. Harrah was an all star again in 1976. He led the AL in walks (109) in 1977 while setting his career high in home runs with 27. The Rangers dealt him to the Cleveland Indians in 1979 and he was a regular for the Tribe for the next five years. He made his last all-star team in 1982 as he hit .304 with 25 home runs and 100 runs scored for Cleveland. Harrah joined the New York Yankees for one season in 1984 before returning to Texas for the final two years of his career. 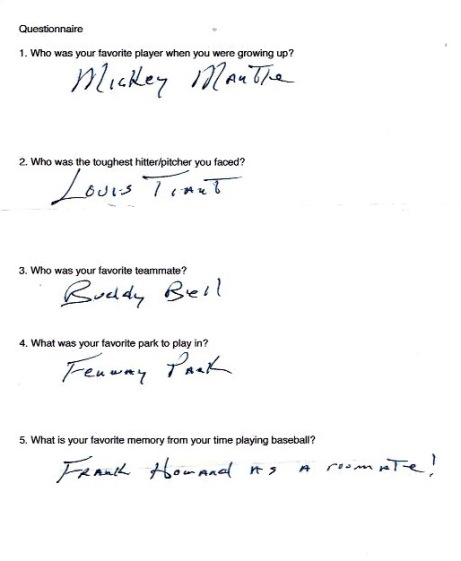 The Rangers traded Harrah for his favorite teammate Buddy Bell in 1978.

Following his playing career, Harrah was a coach and briefly managed the Rangers.

Harrah was at the plate for the Senators when Tommy McCraw was caught stealing for the final out of the 1971 season and the last out in Washington Senators’ history. The team became the Rangers in 1972.

Harrah is a member of the Texas Rangers Hall of Fame.