Biittner spent 14 years playing in the majors, hitting .273 with 29 career home runs. He came up with the Washington Senators in 1970 and moved with the team to Texas in 1972. He played in 137 games for the Rangers during their first year in Arlington and hit his first three career home runs. He joined the Montreal Expos in 1974 and the Chicago Cubs in 1976. He had the best year of his career with the Cubs in 1977. He hit .298 that season, while setting career highs in home runs (12), RBIs (62) and runs scored (74). Biittner remained a starter for the Cubs through 1980. He joined the Cincinnati Reds in 1981 as a free agent and served as a pinch-hit specialist for the team for two seasons before rejoining the Rangers in 1983 for the last year of his career. 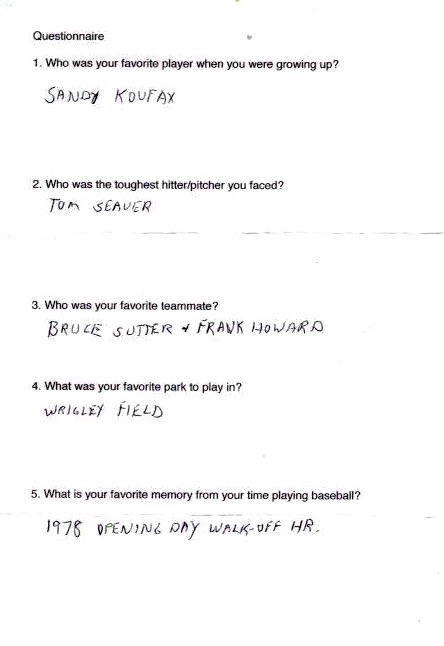 Biittner’s walk-off home run actually came in the seventh game of the 1978 season, with his Cubs taking on the Pittsburgh Pirates. He led off the bottom of the ninth inning against Jim Bibby and quickly ended the game with a line-drive that left the park, giving Chicago a 5-4 win.

When he retired, Biittner was 12th on the all-time pinch hit list with 95.