Beattie won 52 games during nine years in the majors, pitching for the New York Yankees and Seattle Mariners from 1978-1986. He spent his first two seasons with the Yankees and had a 3.73 ERA in 128 innings as a rookie. New York dealt him to the Mariners in 1980 and he enjoyed the best years of his career with Seattle. He was a 10-game winner for the Mariners in 1983, then won 12 games in 1986. Arm injuries, including a torn rotator cuff, shortened Beattie’s career and he retired in 1986 at the age of 31. 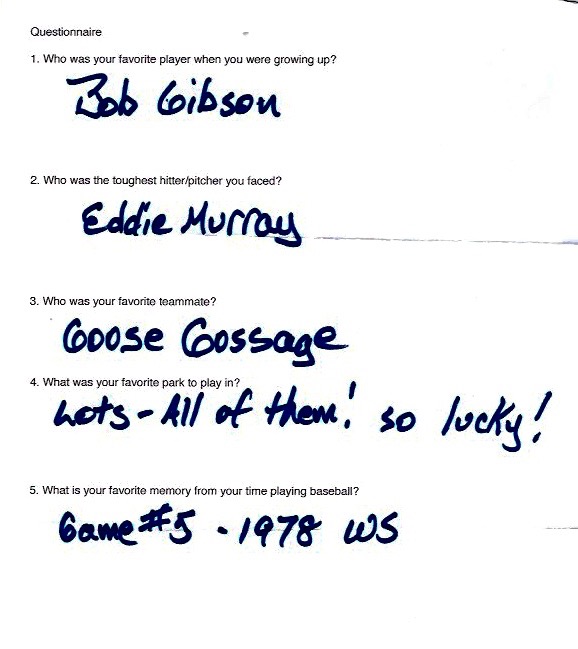 Beattie reached the 1978 World Series with the Yankees and started Game 5 against the Los Angeles Dodgers. He turned in an impressive performance, pitching the complete game while allowing just two runs and striking out eight to get the win over Burt Hooton. The Yankees won the series in six games.

Beattie played college basketball at Dartmouth. He gave up Carl Yastrzemski’s 3000th career hit. Following his playing career, he was the general manager for the Montreal Expos and Baltimore Orioles.