Windhorn played in 95 games in the majors, hitting .176 with two home runs. He arrived in 1959 with the New York Yankees but failed to get a hit in 11 at bats. After spending 1960 in the minors, Windhorn was back in the majors in 1961, this time with the Los Angeles Dodgers. He strung together the best year of his big-league career with the Dodgers, hitting .242 with both his home runs. Los Angeles traded him to the Kansas City A’s in 1962 and the A’s eventually dealt him to the Los Angeles Angels which is where he had his last big league at bats. He continued in the minors through 1963 at which point he went to play in Japan. He spent six years playing in Japan for the Hankyu Braves before retiring from professional baseball. 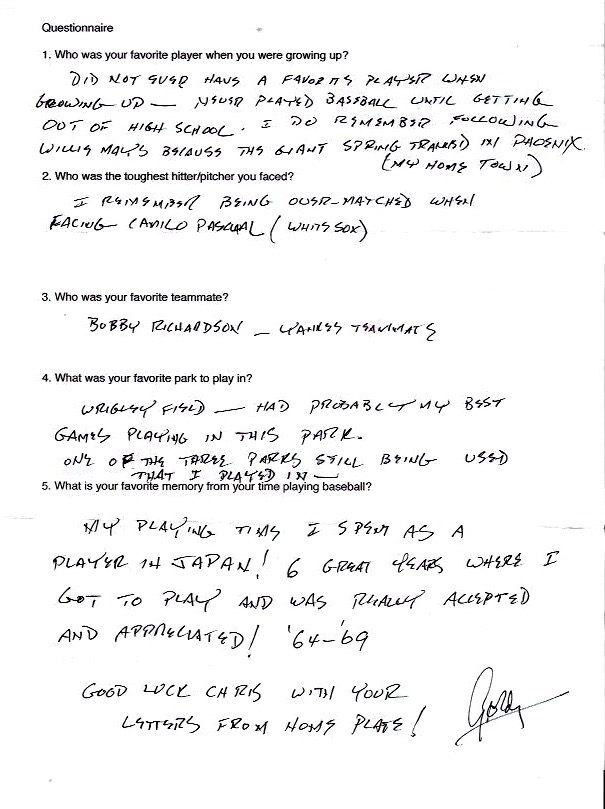 One thought on “Gordy Windhorn”