Lee played for eight years in the big leagues, hitting .250 with 31 home runs for four teams from 1969-1976. He broke in with the St. Louis Cardinals, but had his best year for the San Diego Padres in 1972. He hit .300 that year while setting career highs in home runs (12), RBIs (47) and runs scored (50). Lee’s average dropped to .237 the following season and soon he was playing for the Indians in Cleveland. He spent two years with the Los Angeles Dodgers before his MLB run ended. 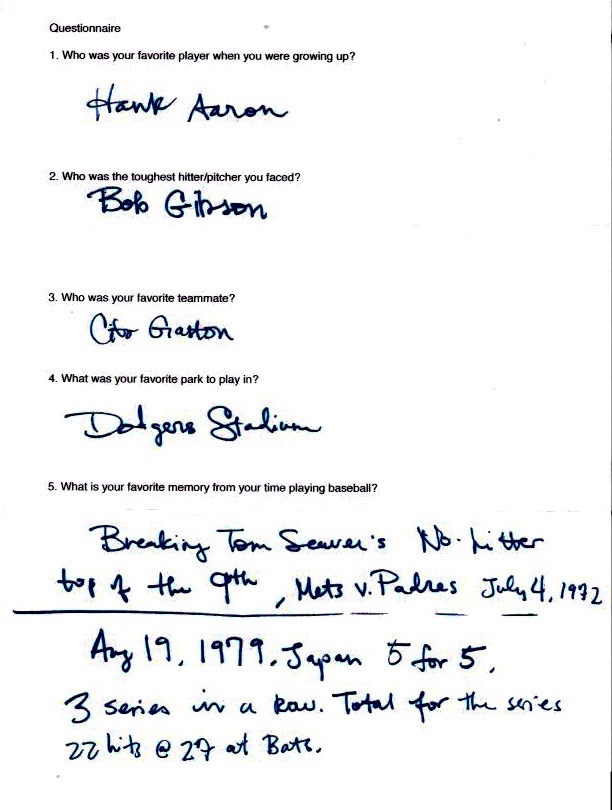 On July 4, 1972, Lee singled with one out in the top of the ninth inning of the Padres’ game with the New York Mets at Shea Stadium to break up Tom Seaver’s no-hit bid. Seaver got the next hitter, Nate Colbert, to ground into a double play to end the game.

Lee went on to have a very successful run in Japan. He was a three-time Nippon Pro Baseball all star and a four-time recipient of the Best-Nine Award.