Joe Pettini played in 188 games for the San Francisco Giants during the 1980-1983 seasons. He hit .203 with one home run while serving as a utility infielder. His best season was his rookie year when he played in 63 games and hit .232 with his lone home run. Following his playing career, Pettini was the bench coach for the St. Louis Cardinals and Houston Astros. He twice won the World Series with St. Louis (2006, 2011). Pettini answered just one question, thus I am considering it a failure, which is why he’s included here. This is his questionnaire: 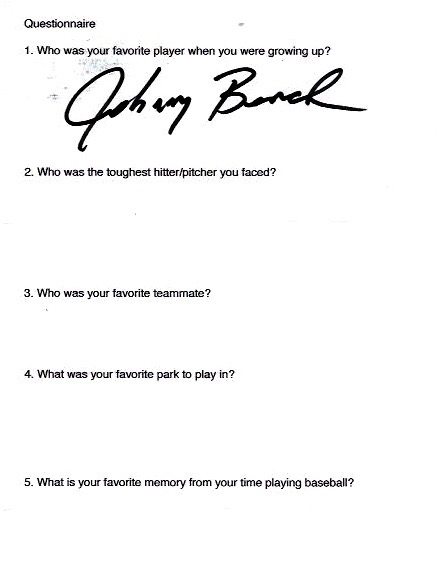 Dan Graham played in 143 big-league games for the Minnesota Twins and Baltimore Orioles. He hit .240 with 17 home runs. Graham enjoyed a solid season for the Orioles in 1980, hitting .278 with 15 home runs. However, he saw his average fall to .176 in 1981 which would be his last year in the majors.

The letters we sent to Joe Lefebvre and Garth Iorg were returned with bad addresses.