Sample spent nine years patrolling major league outfields for the Texas Rangers, New York Yankees and Atlanta Braves. In 826 games he hit .272 with 46 home runs and 98 stolen bases. He came up with Texas in 1978 and was the team’s primary left fielder the following season. He hit 10 home runs for the Rangers and 1982, then had the best year of his career in 1983, hitting .274 with 12 home runs, 44 steals and 80 runs scored. His batting average dropped the following year and he found his way to New York in 1985 and finished his career after spending 1986 with Atlanta.

Sample became  broadcaster and writer following his playing career. He shared this article he wrote for Sports Illustrated with me. 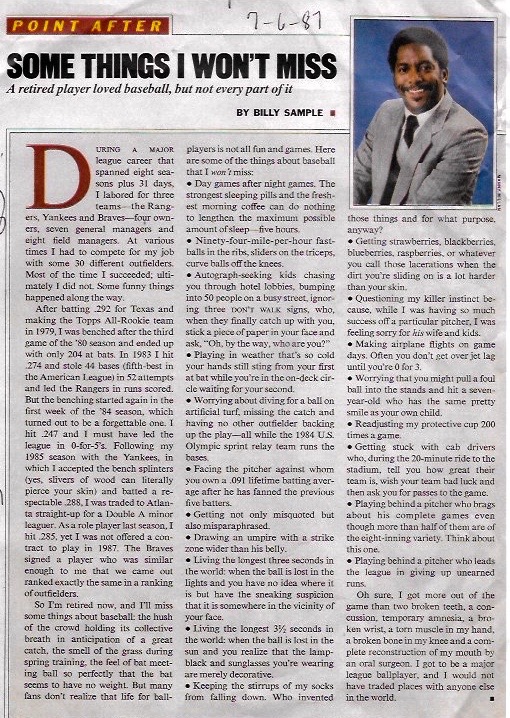 He later penned a screenplay which became the feature film Reunion 108. The IMDB page is here. It appears you can watch the film on Amazon Prime video.

Sample wrote a book about his time in baseball called A Year In Pinstripes … And Then Some. It is available here. Sample also has a website, billysample.com.