From 1982-1988 Vande Berg pitched for four different teams, going 25-28 with a 3.92 ERA and 22 saves. He came up with the Seattle Mariners and enjoyed the best year of his career as a rookie. Vande Berg won nine games in 1982 for Seattle while pitching in a league-high 78 contests. He posted a career-low 2.37 ERA in 76 innings and saved five games. He finished fourth in the American League Rookie of the Year vote, behind future Hall of Famers Cal Ripken and Wade Boggs as well as Minnesota Twins star Kent Hrbek. Vande Berg went on to spend the next six years as a left-handed relief specialist, pitching three more seasons with the Mariners before playing for the Los Angeles Dodgers, Cleveland Indians and Texas Rangers. 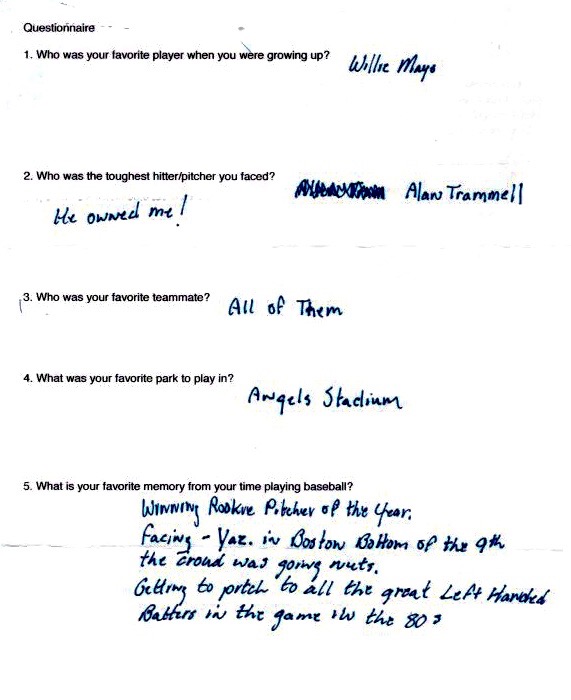 Our research shows Vande Berg faced Carl Yastrzemski one time, on September 5, 1982 at Fenway Park in Boston. He took the ball from Bill Caudill in the bottom of the 10th inning with no outs, the bases loaded and the game tied 5-5. Vande Berg got a ground ball out of the Red Sox legend, but it was enough to score Jerry Remy and win the game for Boston.