An all star in 1985, Wilson spent 10 seasons in the big leagues, playing for five different teams from 1982-1993. He broke in with the Detroit Tigers, but had what were arguably his best years with the Philadelphia Phillies. He hit 14 home runs and tallied 102 RBIs in 1985 for Philadelphia, which earned him his lone trip to the Midsummer Classic. He later played for the Seattle Mariners, Pittsburgh Pirates and Houston Astros. In 1,201 games, Wilson hit .265 with 98 home runs. 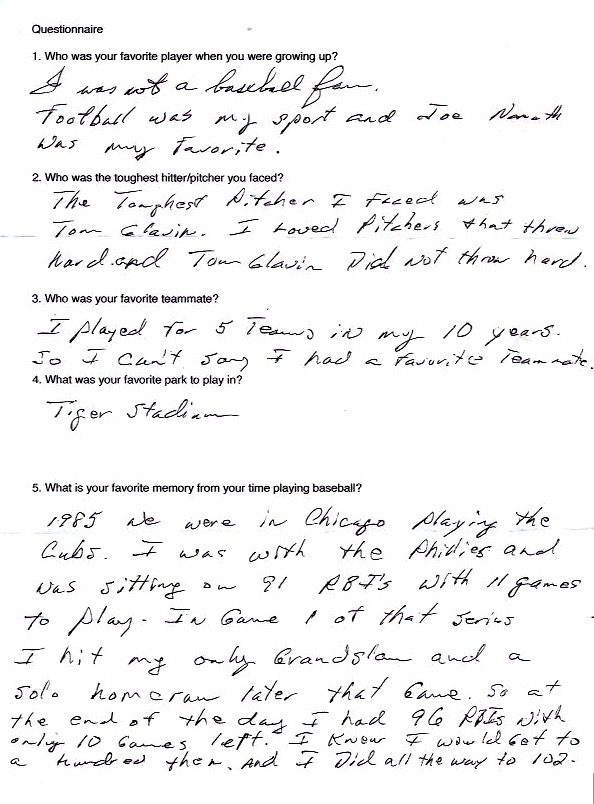 Wilson is also notable as the first player to hit a home run off future Hall of Famer Randy Johnson.