Simpson played for six different teams during seven years in the majors. In 288 games he hit .207 with 15 home runs. He broke in as a 19-year old with the Los Angeles Angels in 1962 and promptly got a hit in his first at bat. Simpson never found any regular playing time with the Angels and ended up joining the Cincinnati Reds in 1966. He played in a career-high 92 games that season and hit .238 with four home runs. He went on to play for the St. Louis Cardinals, Houston Astros, New York Yankees and Seattle Pilots before his time in the majors ended in 1969. Simpson spent two more years in the minors before calling it quits in 1971. 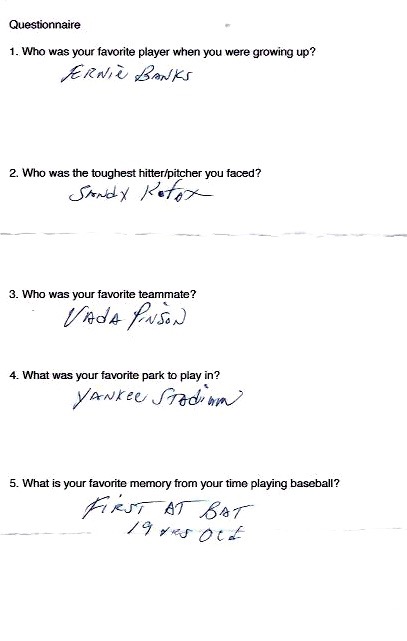 Simpson’s first hit came on September 21, 1962 as a pinch hitter against Mudcat Grant, who was pitching for the Cleveland Indians. He stood in for Angels pitcher Fred Newman and singled to left field, scoring Leo Burke and cutting Cleveland’s lead to 5-3. The Indians went on to win the game 9-6.

One thought on “Dick Simpson”