Ballard pitched for seven years in the big leagues, posting a 41-53 record with a 4.71 ERA in 197 games. He broke in with the Baltimore Orioles in 1987 and immediately became part of the team’s rotation. He enjoyed the best season of his career in 1989, going 18-8 with a 3.43 ERA in 215 innings. He finished sixth in the American League Cy Young vote at season’s end. The season marked the high point of Ballard’s career. He posted double-digit losses the next two years and became a free agent in 1991. He was signed and released by the St. Louis Cardinals and Oakland A’s before resurfacing in the big leagues with the Pittsburgh Pirates in 1993. Ballard worked out of the bullpen for the Pirates for two years before a car accident ended his career. 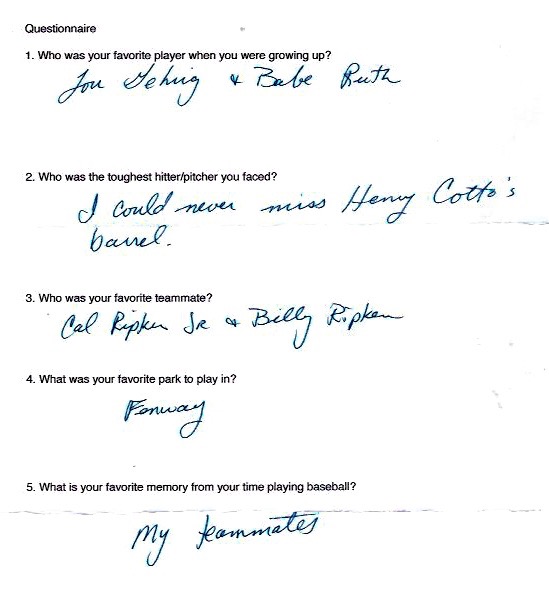 Ballard played college baseball at Stanford and is a member of the Stanford Athletic Hall of Fame. He held the school record for wins, strikeouts and innings pitched for 20 years.