Cullen pitched in 19 games for the New York Yankees between 1962 and 1966. In 73-and-1/3 innings he went 4-4 with a 3.07 ERA. He pitched three scoreless innings for New York in his first trip to the big leagues in 1962. He spent the next three seasons in the minors. He was a 14-game winner there in 1965, which was also when he was finally recalled to the Yankees. Cullen went 3-4 in 12 games for New York and made the only nine starts he would make in his career. He pitched in just five games for the Yankees in 1966 before returning to the minors. Cullen’s professional career lasted until 1970, but he would never again get back to the majors. 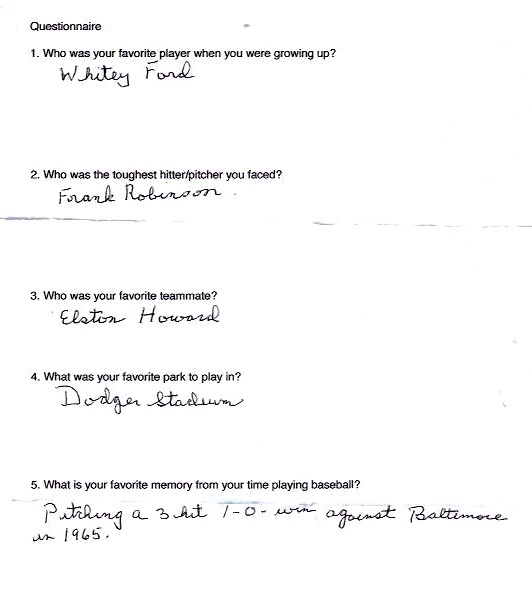 The lone shutout of Cullen’s career came on August 20, 1965 against the Orioles at Memorial Stadium in Baltimore. He held the Orioles to three hits and struck out four, leading the Yankees to a win.