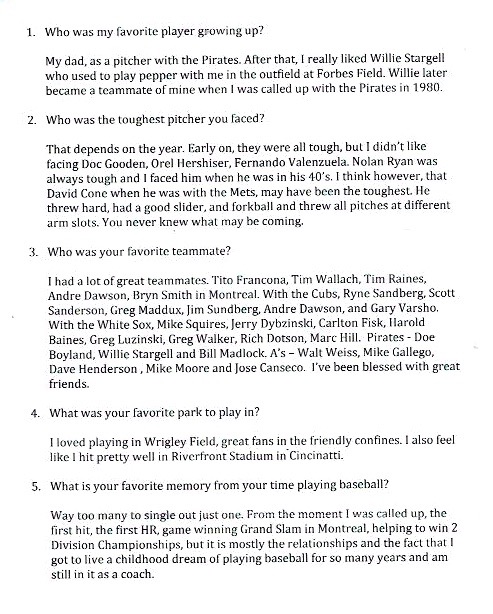 Law got his first hit in his very first game on June 1, 1980. He was playing for the Pirates and he doubled off Tom Hausman in his third at bat. His first home run did not come until two years later, after he’d joined the White Sox. He hit it on June 26, 1982 off Seattle Mariner Gaylord Perry.

Law pitched in seven games during his career. He posted a 3.38 ERA in eight innings of work.

Following his playing career Law became the head baseball coach at his alma mater Brigham Young University. He held the job for 13 years and won 397 games. He currently coaches in the Cleveland Indians organization.

One thought on “Vance Law”