A three-time all star, Kern pitched for 13 years in the majors, posting a 53-57 mark with a 3.32 ERA and 88 saves. He came up with Cleveland in 1974 but saw limited action. However, by 1976 he was a big part of the Indians’ bullpen, pitching in 50 games, saving 15 of them and finishing with a 2.37 ERA. He saved 18 games the next year for the Tribe and made the first of his three consecutive trips to the All-Star Game. Cleveland dealt Kern to the Texas Rangers following the 1978 season and he had the best year of his career for Texas in 1979. Kern pitched in 71 games that season for Texas. He won 13 of them while saving another 29 and putting up a sparkling 1.57 ERA. In addition to going to the All-Star Game, Kern finished fourth in the American League Cy Young vote and was named the AL Rolaids Relief Man of the Year. The season was the high-water mark of Kern’s career. He lost 11 games the next year while pitching through an injury he suffered in spring training. The injury limited him to 23 games in 1981 and the Rangers eventually traded him to the Cincinnati Reds in the middle of the 1982 campaign. Kern went on to pitch for the Chicago White Sox, Philadelphia Phillies and Milwaukee Brewers before returning to Cleveland for his final season in 1986. 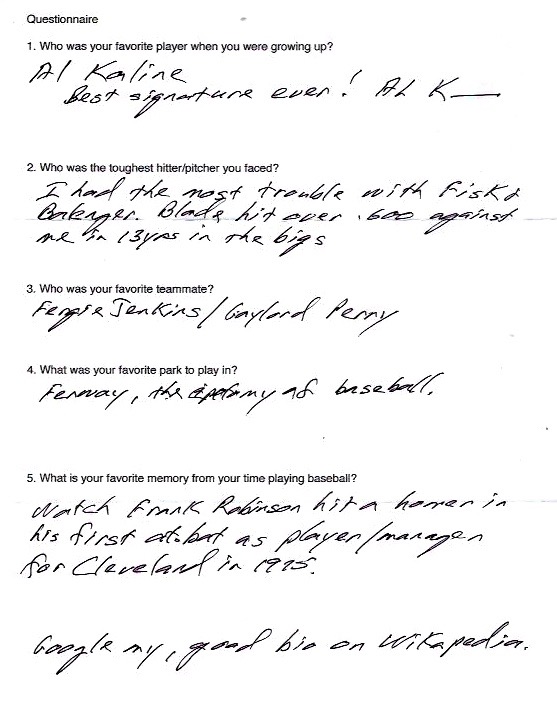